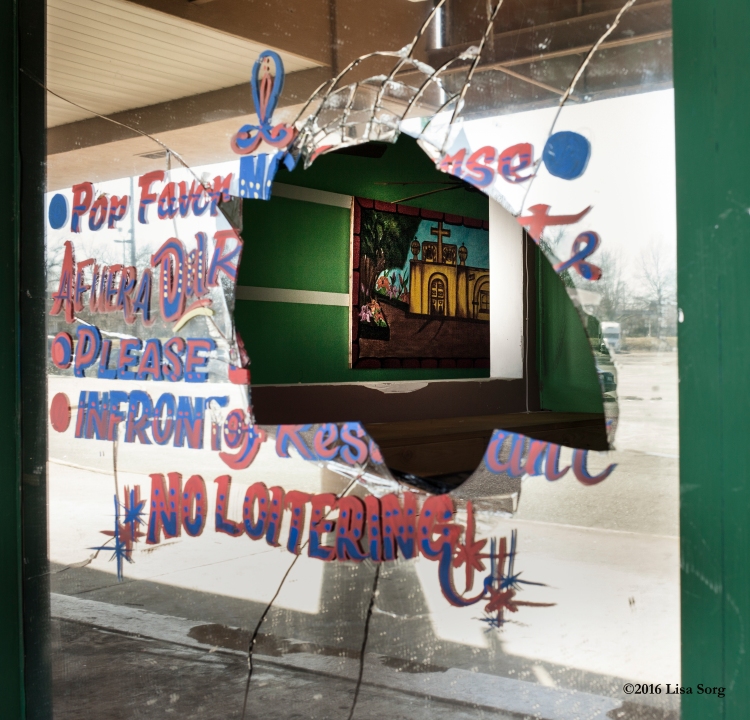 Formerly an amusement park on a trolley car line, the Lakewood Shopping Center now  looks threadbare, with a Food Lion, Dollar General and a dozen or more vacant storefronts.

A few doors down from B&T Tobacco,  Las Amazonas was a Mexican restaurant and bar that seemed to keep erratic hours. I never went, but some (male) friends who had been there said Latinas were hired to dance — and only dance — with male customers, mostly Latino.

Las Amazonas appeared to have closed a while ago, although it’s hard to say when. I passed by the place this morning and noticed someone had broken its window. But when I looked through the hole and saw the wall mural, I realized the purpose of this place was to remind its patrons of home.