Someone had a vision. Resurrect an abandoned shopping center in southwest Durham. They would call it Poppies, as in the flower that was adopted as a symbol of remembrance after  the First World War. 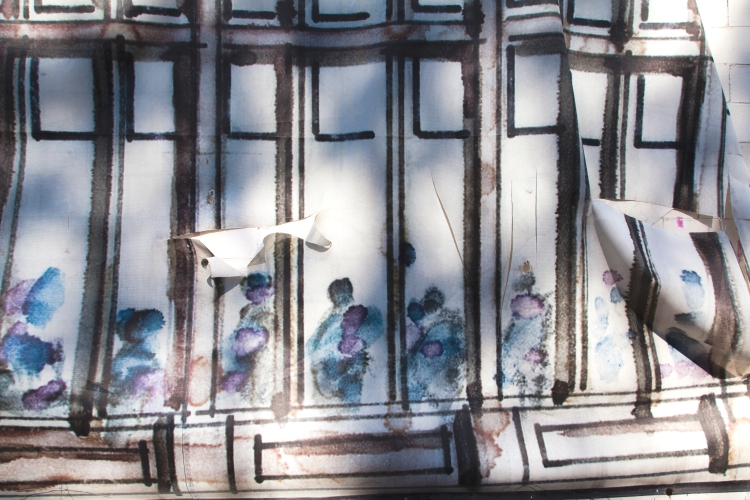 I took these photos in December 2014, years after disinterest, a stock market crash, financing, poor urban planning, and inertia had conspired to stop Poppies.

An Indian restaurant, the only attraction along the former Poppies strip, had surrendered and built a new, even more successful eatery across the boulevard. About a block away at South Square, Target, Sam’s Club and other big box stores flourished.

But the vision of bustling bookshops and grocers and cafes, depicted on large canvasses that developers had draped over the facade, instead had dimmed to become a field of fallow concrete. 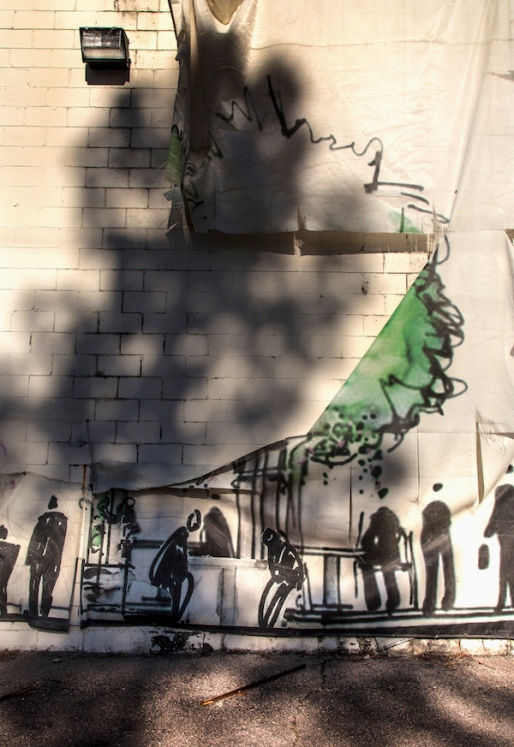 Durham-Chapel Hill Boulevard can be hostile and unforgiving for people without a car. Walking and biking are dangerous, even on the service roads. The No. 10 bus route runs nearby. One morning I took that bus, then on foot crossed the six lanes of the boulevard with a man who had just finished the overnight shift as a security guard at Duke Hospital. He was so very tired, his gait more a shuffle than a walk.

Since I took these photos, all of the buildings on the 15-acre lot have been leveled, the cement scraped clean.

Last week, a Charlotte developer announced it would build a mixed-use project there, with apartments, restaurants, offices and a fitness center. It will be called “University Hill,” and include an art project of 25,000 square feet of murals.